Winning! Everything You Need To Know About The Green Card Lottery

Who wants to be a billionaire? Well, had you played (and won) the Powerball lottery from January 2016, you could have been part of an exclusive, wealthy club. That Powerball jackpot, which was the largest financial lottery in history, had the terrible odds of a 1 in 175 million chance to win. Basically, the odds were in no-one’s favor, yet, three lucky tickets were sold. Good to know, right?

But we aren’t here to talk about Mega Millions or Powerballs, instead, we are going to discuss the Green Card Lottery. It is a different type of lottery that may not bring you immediate financial riches, but if you win, you may get the privileges that being a United States citizen affords.

How to apply for the Green Card Lottery

The United States Green Card lottery, also known as the Diversity Immigrant Visa, is a program ordered by the U.S. government that annually allots 50,000 Green Cards to applicants from countries with low amounts of U.S. immigrants. That was a mouthful, so let’s break it down: every year there are 50,000 Green Cards available via lottery for citizens of countries with low immigration rates. This program has evolved from the late 1980s one where diversity visas were given to anyone that applied and were approved until there were no more allotted visas. The goal of the Diversity Visas (Green Card Lottery) in to increase diversity amongst United States immigrants. Essentially, winning this lottery means you can apply for permanent residence in the USA!

The 50,000 visas that are granted, are allotted to natives of six major geographic areas: Africa, Latin America, Asia, Oceania, Europe, and North America. Within these regions, a country’s eligibility is determined by calculating whether in the past 5 years, 50,000 immigrants of that country have entered the United States. Wait, what? I know that is confusing, so lets use an example. If in the past 5 years country A has had 50,000 or more of its citizens enter the United States, country A is now on the Diversity Visa (DV) ineligible list. Of course, there are certain exemptions, including for countries that may have large aslyee or refugee populations in the United States during the prior 5 years. To make it easier to know if your country is eligible or not, the entire list of ineligible countries is listed at the beginning of each years DV instructions. As of 2018, there are 18 ineligible countries.

So out of a global pool, only 50,000 Green Cards are awarded through lottery. By now, you are probably wondering what your chances of success are. Well, they are certainly better than 1 in 175 million! The latest official data from 2015, listed on the U.S. Department of State (DOS) website, states that 9,388,986 global entrants qualified and 125,514 were selected at random from the lottery to continue with the Green Card Application. If you are wondering why over 100,000 entrants were selected for only 50,000 visa spots, it is because not every selected candidate will meet all of the requirements necessary for permanent residence. So, they over select and the numbers dwindle with each step in the process. 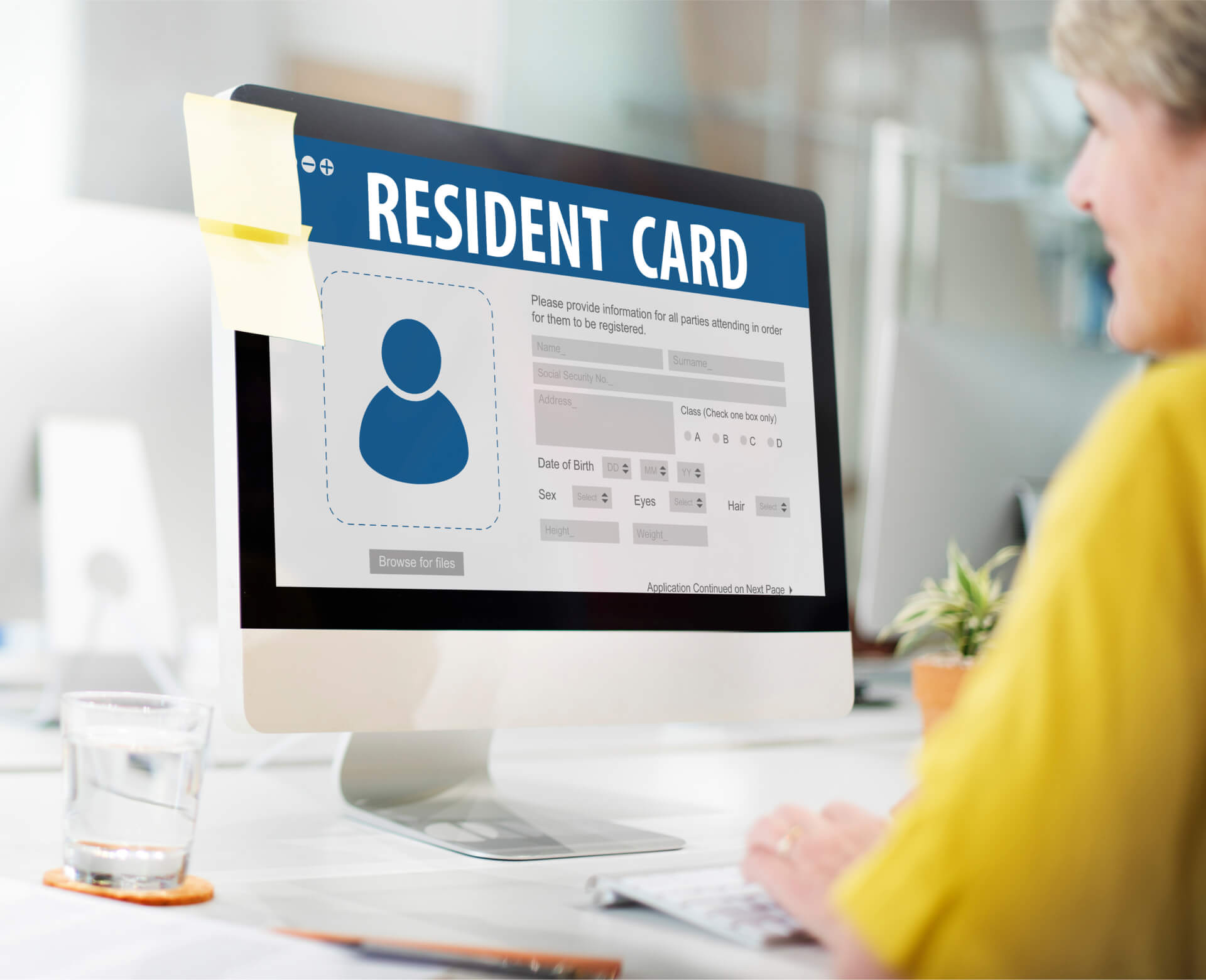 The Green Card lottery is open to applicants from around the world. And, unlike most other United States citizenship paths, the Green Card Lottery is free. Yes, free! One last unique quality, there are only two eligibility requirements.

The second qualifier is equally as easy to determine since it simply asks if you have either the requisite education or work experience. As for education, the DV-2018 instructions state that you must have “at least a high school education or its equivalent, defined as successful completion of a 12-year course of formal elementary and secondary education.” For work the instructions state that you must have “two years of work experience within the past five years in an occupation that requires at least two years of training or experience to perform.”

There is little to no grey area with the requirements listed above. That being said, it is very easy to see if you are eligible to move to the next stage. Keep note that you will only need to prove that you meet the requirements if you are selected. Thus, do not submit any proof while entering the lottery. 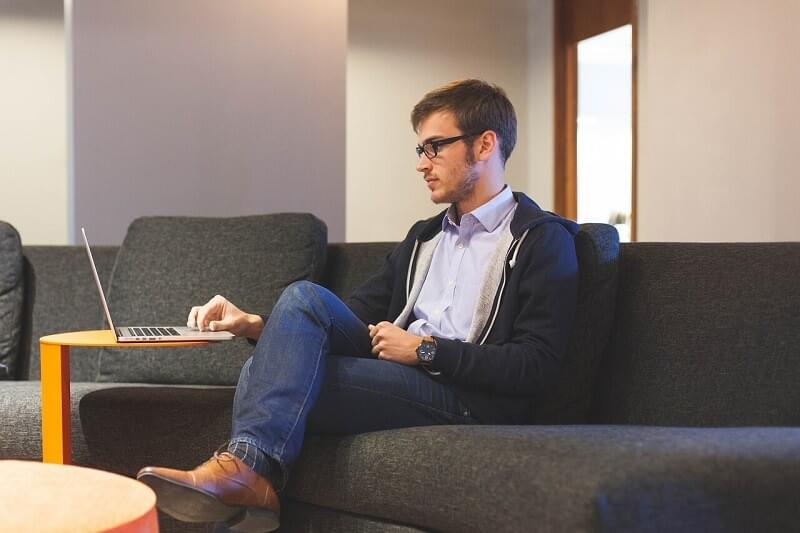 The entry or application process is also very straightforward. Once you have determined that you are eligible to apply, you may enter the Green Card Lottery via an online entry. Online entries must be completed during the designated time-frame, which is usually about one month. For example the DV-2018 entry period is 10/4/2016-11/7/2016. Of course, and as with most things, no late entries are allowed and no deadline extensions will be given.

The electronic-only entrance form asks basic biographical information, including: Name, Country of Eligibility, Country where you currently live, Educational level, and Number of children. You will also be asked to submit a photo that fits within the given guidelines.

Proper protocol stipulates that you are only allowed one entry per annual DV year and if you are found to have entered multiple times, you will automatically be disqualified. After you have successfully entered, it is important that you keep record of your confirmation number. The confirmation number give you access to your lottery entry status and will also be needed if you are called for an interview or need more personalized help. If you lose this number, you will not be given another one, nor will the DOS reissue your old one. Once you apply, you should wait for an online notification before you proceed to any further steps.

Each person is notified of their results online whether their status is approved or not. As stated above, you will only be able to check your status if you have your confirmation number. It is important to note that you will only receive an updated status online. You will not receive any phone calls, email, or regular mail notifications about your status, your entry and all updates will be online. Make sure to check your status often after the notifications begin because sometimes additional entrants are approved after the initial notifications start. 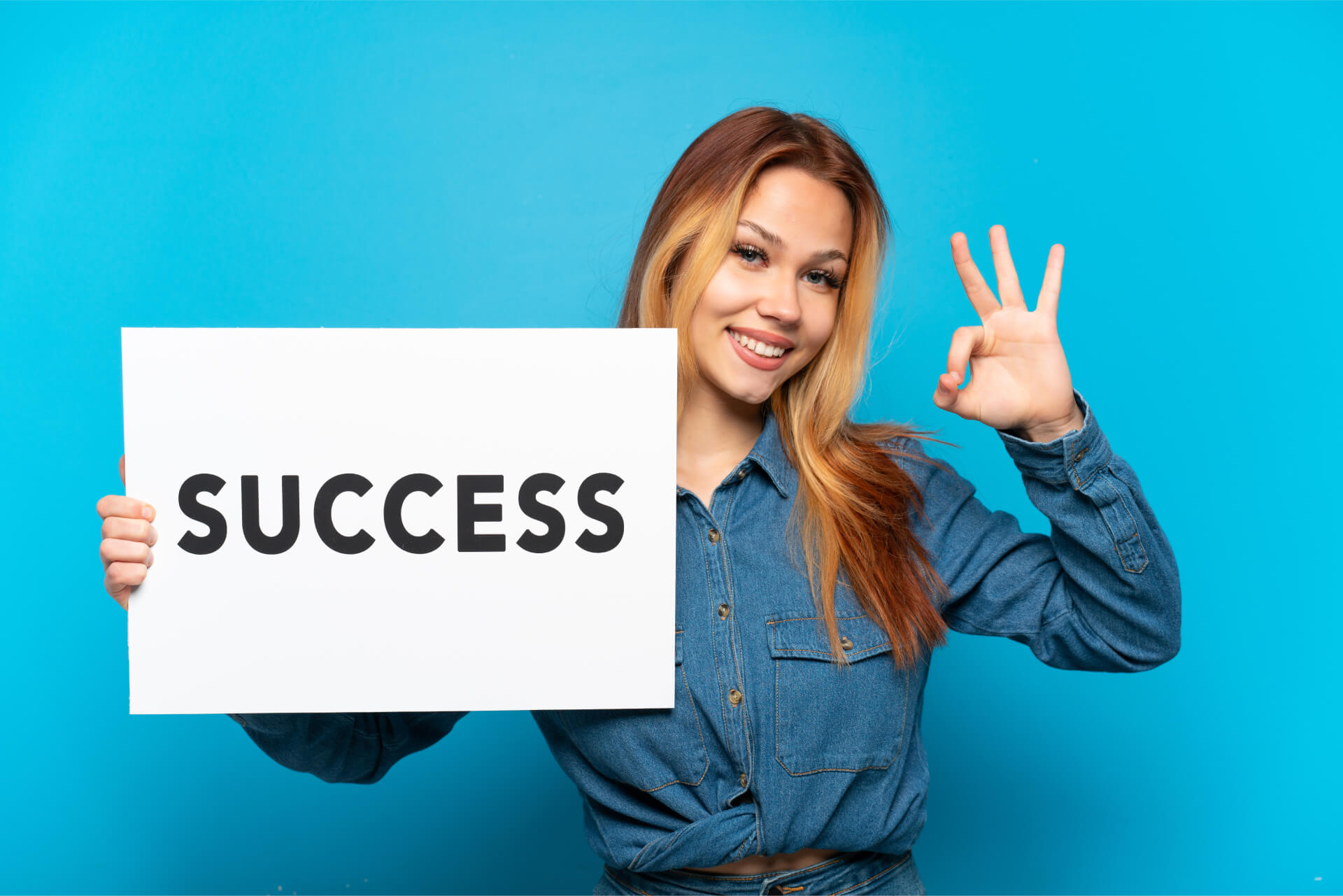 If you are one of the lucky lottery winners, you will have another confirmation page that gives detailed guidance on your next steps. Please know that winning the Green Card lottery is only a first step in gaining United States citizenship. Further eligibility requirements must be met before you are given a Green Card and permanent residence.

Of great importance, if you win the lottery and are currently in the United Staes, you may be able to apply for an Adjustment of Status. In your case, it may or may not be a quicker way to permanent residence, however, it is good to know all available options.

Now you are ready for the more personalized part of the process. It is time to fill out form DS-260 online. No matter your first language, all of your answers on the DS-260 must be in English. If you answer in any other language, your application may be disqualified outright. Don’t risk that. If you have come this far, yet are not fluent in English, have someone help you with your application.

The DS-260 is an extensive application with about 70 pages as viewed through a 2013 Sample copy by the DOS. Be thorough and honest in submitting your answers because leaving any mandatory fields blank may cause your application to be rejected. Also, as you have been doing throughout the lottery process, print your confirmation page because you are required to bring it to the visa interview, if your application is accepted.

Note: Before you find out the results of your application, you may receive another online notice advising that your application is incomplete. If this happens, correct the errors and update your online file.

Remember the qualification-supporting (education, work, etc.) documents that you were advised to not submit until later? You have, happily, reached the time to do so! You’ve already come a long way in the process and beat out millions of other applicants. Start compiling all of your of your supporting documents as soon as you can because you will need them for your interview. Each country has different documents that you need to have during your interview. Please view your country specific guidelines to ensure that you have all necessary documents, signatures, and translations, if applicable. 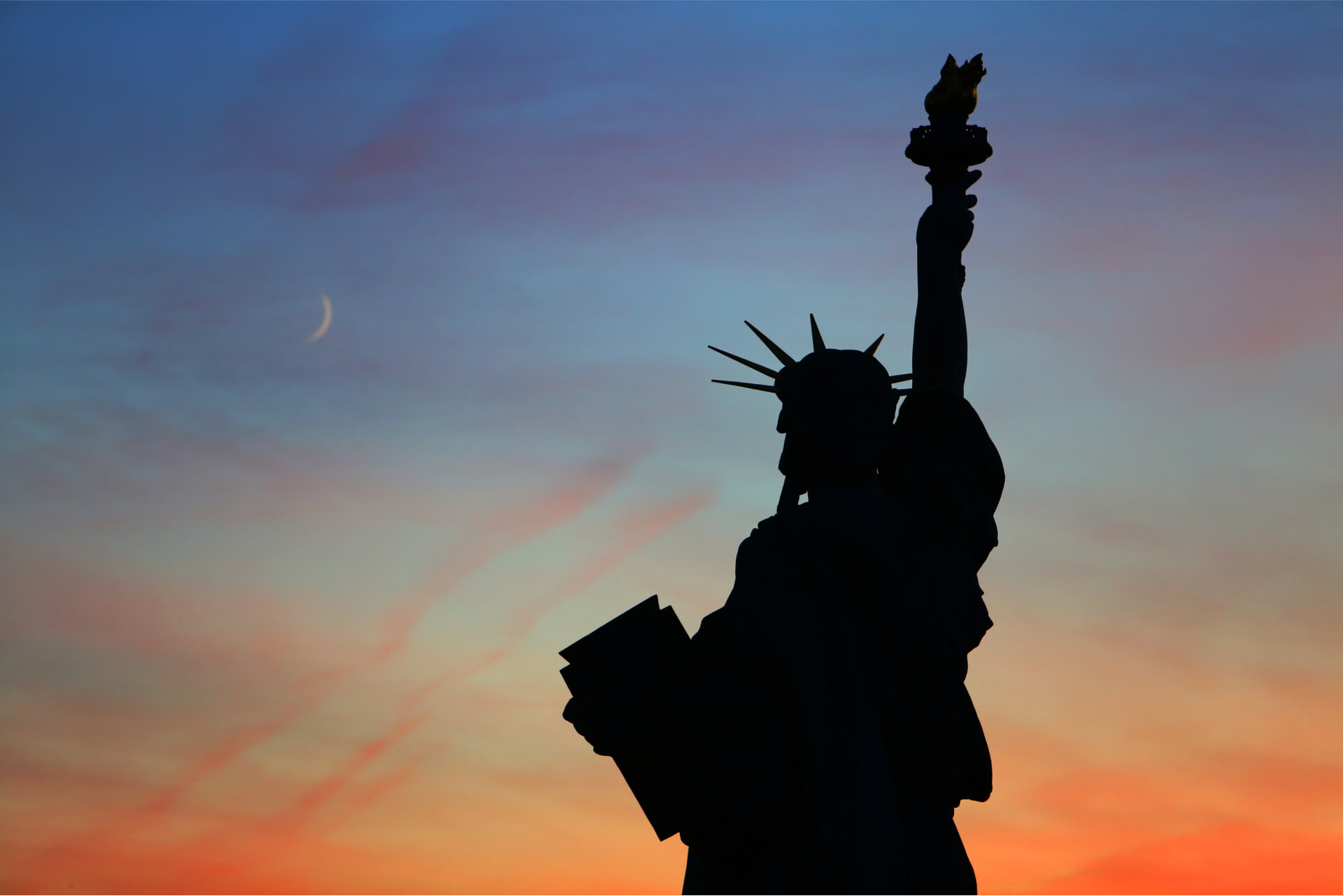 What is a common theme of this article? Check your online account. You will be notified online that your interview has been scheduled at your chosen U.S. Embassy or Consulate location. Another common theme? Print your confirmations. You are required to bring the interview notice with you.

In conjunction with your online checking and confirmation printing diligence, you will also need to comprehensively prepare for your interview. This includes paying a fee of $330, getting a medical check-up, and having photographs taken. You will need to bring current medical records, photographs, and all other supporting documents to your interview. Ensure that you are clear on everything necessary so your visa will not be rejected on a technicality.

During the interview, a consular officer will question you and any other family members applying with you. Be truthful, direct, and clear in your answers. If your documents and answers are in order you will likely receive visa approval. Whether approved or denied, you will know as soon as your interview ends. If you are approved, you have won the lottery! You will receive further information on your visa’s arrival, etc. Beware that your work is not over when your visa arrives. In fact, you will have to pay an “Immigrant Fee” to the U.S. Citizenship and Immigration Services before your US arrival and you will have to travel to the USA before the your visa expires. Plus, Customs and Border Protection will be expecting you to deliver the unopened, still sealed package that you received with your visa. Once, you arrive in the country, you will still have further tasks. But that is another article, for another day.

Wow. That seems like a lot, right? It may be, but who said winning the lottery was easy? Honestly, we can’t all win billion dollar lotteries, but that doesn’t mean we can’t still win. Good luck!