I am sure you have heard it before, but getting a Green Card through marriage is one of the most common ways to obtain United States citizenship. In fact, a marriage-based Green Card represents roughly 25% of all Green Cards issued. Now, that does not mean it is the easiest, but it is certainly one of the most pursued paths to citizenship. Fortunately, the U.S. Citizenship and Immigration Services (USCIS) office is incredibly keen to keep families together. As such, they allow United States citizens to apply for Green Cards for specific groups of relatives or spouses.

The three categories of family members that USCIS recognize are spouses, parents, and children. If approved, the family members can come live in the United States as a permanent resident. While the parent and child pathways are readily available, this article will primarily focus on the process for a marriage-based Green Card petition. To be completely transparent, we understand that there are both real and fake marriages (Green Card marriage) in pursuit of citizenship. Of course, we do not advocate or encourage fake marriages, however, we will discuss the implications and potential outcomes of using a fake marriage to obtain a Green Card. We will also discuss the application process and interview stage.

To begin we should define what a Green Card marriage is. A Green Card marriage is a marriage arrangement between a United States citizen and a non-citizen for the purpose of using marriage to allow the non-citizen to become a permanent resident, and potentially, a fully naturalized citizen. In contrast, a real marriage between a U.S. Citizen and a non-citizen is one that is, firstly, for other reasons than the benefits of citizenship. Whether marrying for love, money, or other benefits, as long as your marriage is not strictly for citizenship purposes, then it is qualified as “real”. In short, a marriage between a non-citizen and citizen should see permanent residency as an added bonus instead of the primary reason for the marriage.

A good rule of thumb: If there is a money for marriage exchange, you likely have a fake marriage. And, if you are found to have gotten married fraudulently, both parties may be convicted of a crime. In fact, in 1986 the immigration laws were amended to include the “Immigration Marriage Fraud Amendments”. The amendments stipulate that if there is a permanent resident petition within two years of the marriage, the non-citizen spouse will only be granted conditional permanent resident status. Additionally, at some point during a 90-day window approaching the 2nd year of their approval, the non-citizen will have to prove that their marriage was not fake and was for reasons other than gaining permanent resident status. To be clear, we are now four years from the initial “marriage” and you all are still providing proof that the marriage is legit. This is serious. Using a fake marriage for a Green Card and as a pathway to citizenship is defrauding the government and the consequences could be far-reaching. No-one wants to go to jail, be deported, or face a fine for having a fake marriage. So, keep that in mind if you are thinking of paying or being paid for a marriage strictly to obtain a Green Card. And, even if there is not a money exchange, the outcomes could be the same. 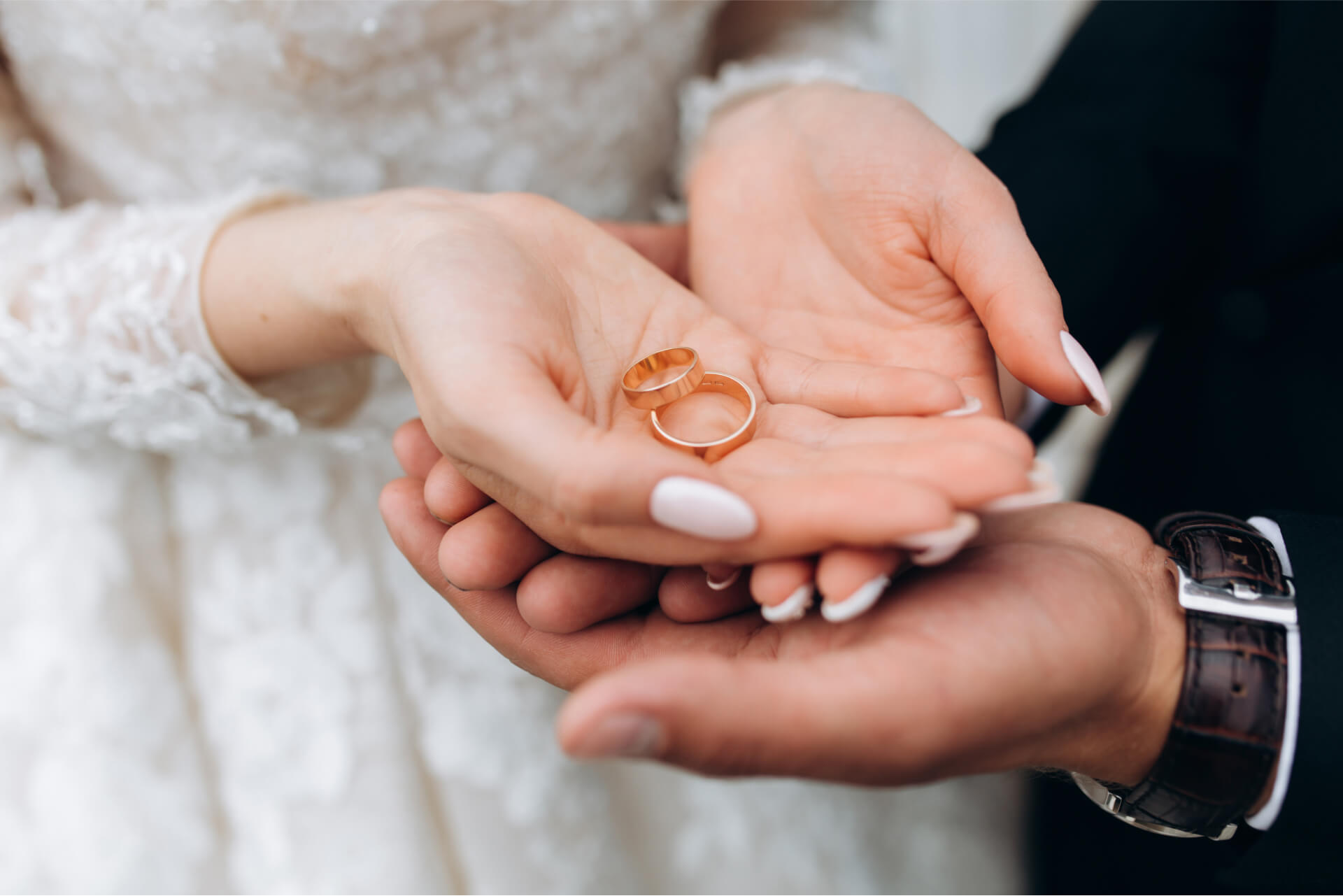 How To Apply For A Green Card After Marriage

A distinction is also made if the new spouse is in the United States or abroad at the time of petition. If inside the country, the process moves as normal with the forms filed as usual. However, if outside the country, you will likely have to use consular processing. According to the USCIS website, consular processing is when the Department of State works with USCIS to obtain a visa for the non-citizen spouse. Additionally, as we will discuss further below, if you apply outside of the United States you will have one less form to file during the process. 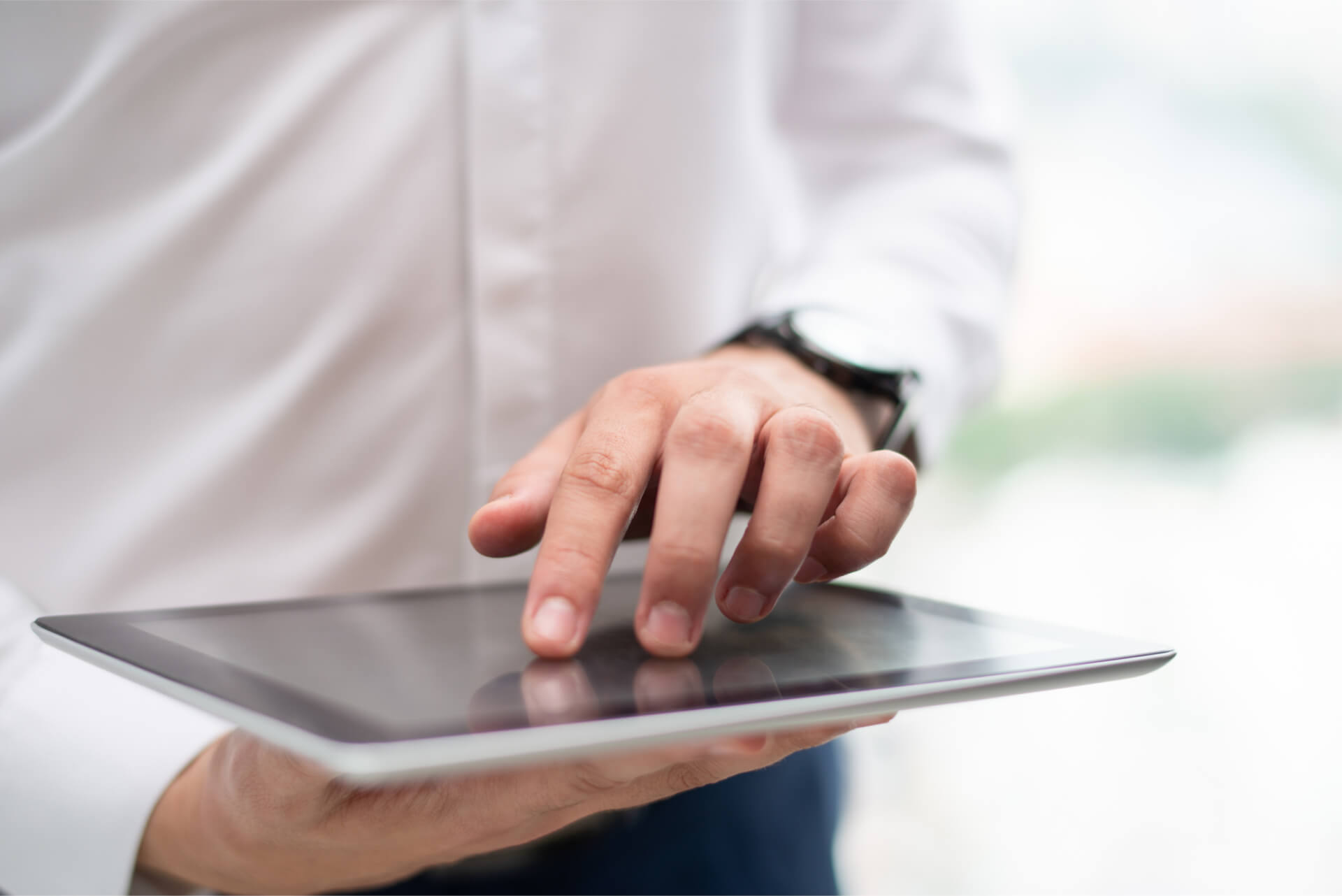 If you are petitioning to become a permanent resident via Green Card through marriage and you are in the U.S., you will have to file both Form I-130 and form I-485. You can either file them separately or concurrently. If filed separately, Form I-130, must be filed first and be approved before you file form I-485. If you prefer to file them concurrently, you must meet certain qualifications, as listed on the USCIS website, and file the forms at the same time with all fees and supporting documenting included. An important distinction here is that if you are petitioning from abroad, you will only have to file form 1-130. If you are approved, you will be assigned a visa number after if becomes available. Then, your visa number will serve as valid proof for your entry into the U.S.

Form I-130 is a form the seeks to establish the immediate relationship between the non-citizen spouse wishing to immigrate and the citizen or permanent resident of the United States. After the form is processed and approved, the non-citizen will be assigned a visa number and can move to the next step (form I-485). Form I-130’s filing fee is $420 and it must be filed at either the Chicago or Phoenix Lockbox. Please determine which lockbox to use by matching your state with the correct one. The form is rather short at two pages, but must be answered completely and signed or else it risks being rejected.

Important to note, if you are petitioning on behalf of your spouse, you must also file Form G-325A with form I-130 to provide additional biographic information. You must include two of these forms, one for you and one for your spouse.

Form I-485 is the next step in the process if you are filing from inside the U.S. This form is to change your immigration status to a United States permanent resident. The filing fee for form I-485 ranges from $635 to $1,070 depending on your age and/or other qualifications. Please note, if filing form I-485 you will also have to file form I-693, to prove that you are in good enough public health to be admitted into the United States. You will also likely have to file form I-864 to prove that you will not be dependent on the U.S. government for financial assistance and that your U.S. citizen spouse could support you. More, the U.S. citizen spouse will have to sign a document promising to repay the government if you ever happen to need government assistance in ten years after the initial petition. Yes! An agreement that lasts for ten years! How many people would choose a fake marriage if they knew they were potentially on the hook for ten years?

As with most other petition types, while your forms are being processed, you will have a biometrics appointment where you will be fingerprinted and photographed in order for USCIS to preform additional security checks. 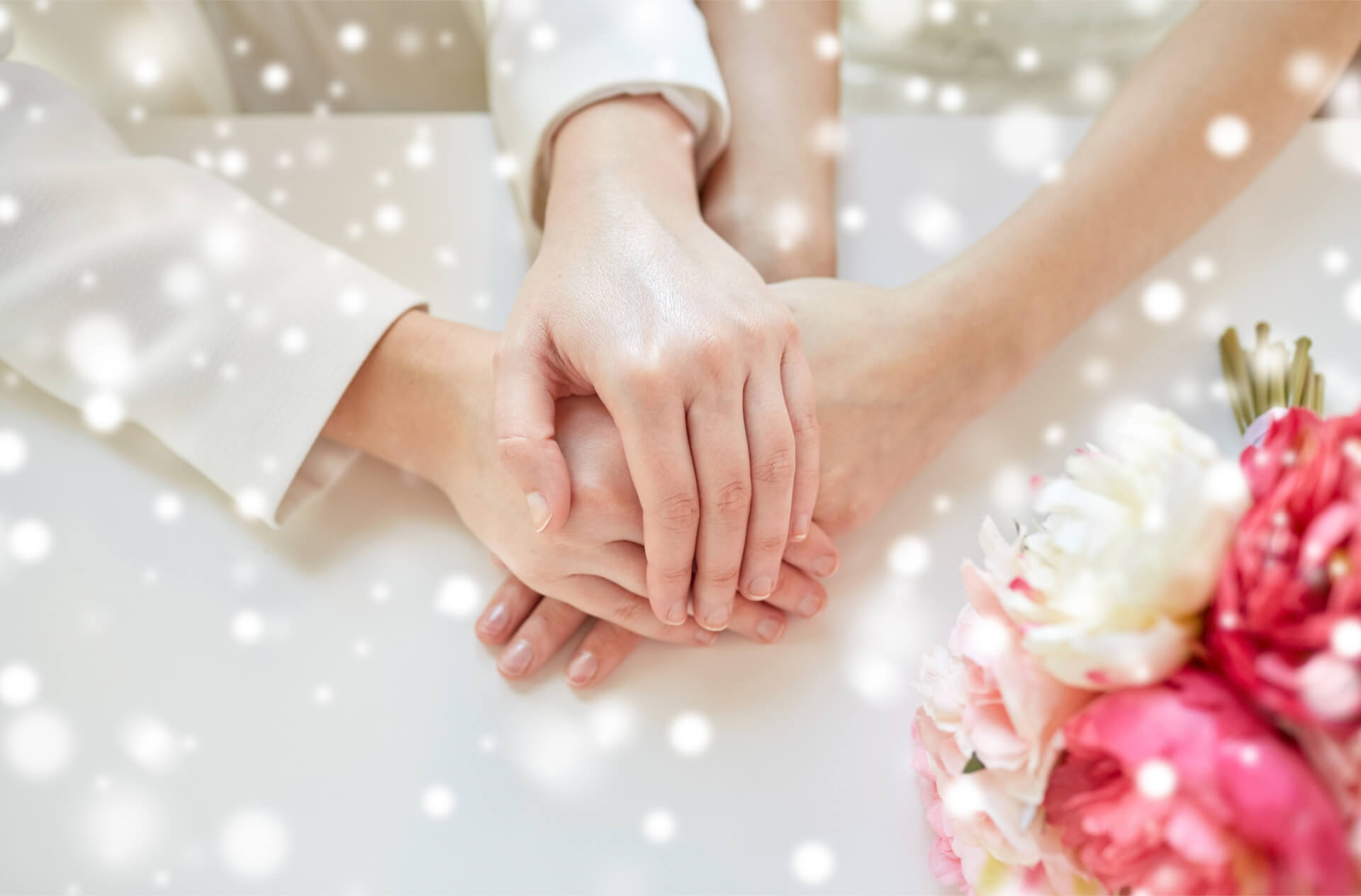 After the forms are approved, USCIS will be schedule your interview. The Green Card through marriage interview is to test the validity of the matrimonial union. The interviewing officer is assuring that your marriage is legal and not for fraudulent (citizenship) purposes. The interviewer will ask questions about the beginning and growth of the relationship, the wedding ceremony and honeymoon, and daily life around the household. If you all have children, the interviewer will also delve into your parenting life. A few sample questions that may be asked in an interview to determine if your marriage is legal or fake are: 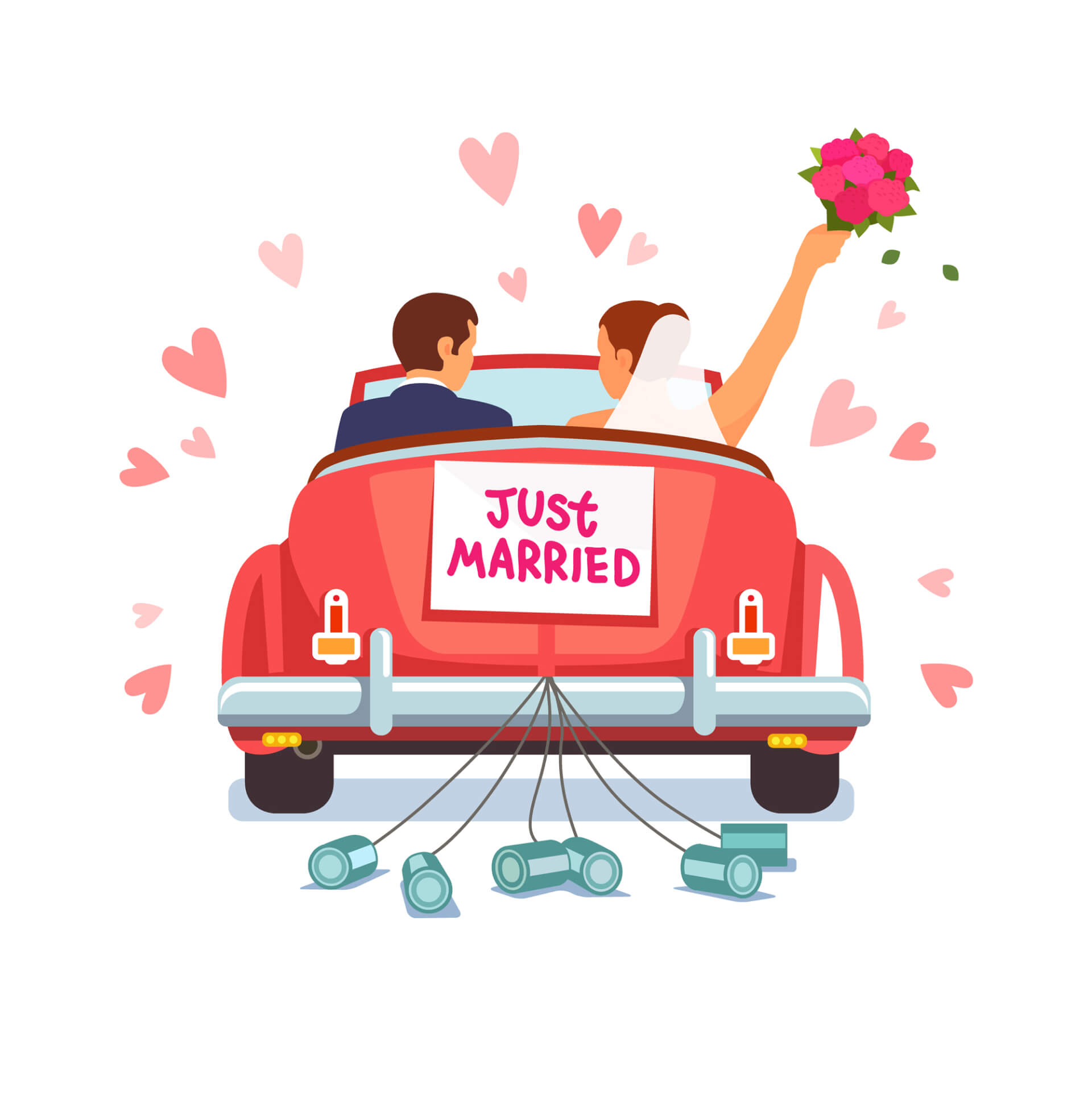 Other Pieces of the Puzzle

Generally it takes about 7-18 months from filing to successfully receiving the Green Card. Keep in mind that it could be shorter or longer depending on the processing center and the completeness of your application.

If the marriage is two years old or less at the time of the Green Card issuance, you will be given a temporary, conditional residence Green Card. The conditional Green Card expires two years after issue and before it expires, a motion (by filing form I-751) to have the conditions removed must be filed. This motion to remove conditions is a way to double check if the marriage is fake. During this interview, you may have another interview or be asked to provide proof of a shared married life. If you are successful, the conditions will be removed and you will be issued a permanent resident Green Card.

What happens if I divorce?

You could still have your conditions removed If you are able to prove that you married legally and not without the intent to defraud the government.

How long to full citizenship?

You may file for full citizenship after being married to a U.S. resident or Green Card holder after three years.

There it is—a comprehensive need to know about Green Card Marriages. If this is your pathway to United States citizenship, you are in popular company as it is the most common form of gaining a Green Card. We do not advise you to exploit this popularity by agreeing to a fake Green Card marriage. But, if you do, understand the potential consequences of your actions. Good luck on your new path. Hopefully, you are really married and not “married.”

← Need Help Replacing a Lost Green Card? Best Ways to a Replacement Winning! Everything You Need To Know About The Green Card Lottery →